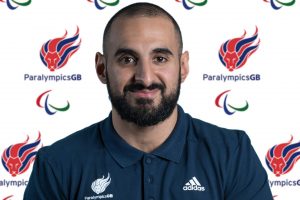 The anti-doping system implements a combination of methods to protect clean athletes through in/out competition drug testing, the athlete biological passport (ABP), education, deterrence through sanctions, and the retrospective testing of samples within 10 years of collection. When it comes to drug testing, athletes are required to provide urine and or blood samples during the drug testing process. However, even though blood testing has been a constant feature within the drug testing procedures, it has some disadvantages. It is an intrusive method for many athletes with some experiences being potentially painful in drawing blood from the athlete, there could be a delay in the time spent in drug testing as the sample has to remain stationary for 15 minutes before being packed away and the storage of blood samples are expensive.

Recently, the World Anti-Doping Agency (WADA) announced the introduction of Dried Blood Spot testing (DBS) that will complement traditional drug testing methods. It could be a feature at the Winter Olympic and Paralympic Games in 2022. DBS is a blood sample method that is collected by a puncture of the skin (commonly the fingertip or upper arm) to access small blood vessels, followed by the collection of small volumes of blood onto a DBS index card which is then allowed to dry. DBS offers several advantages over traditional blood sampling for doping control:

As an athlete that gets drug tested often, the introduction of DBS could be a very positive step to make the anti-doping process easier for athlete and doping control personnel. It could also allow athletes to feel more at ease which could lead to more engagement. It is encouraging that the anti-doping system is growing with technology to make the process modern. I think this is just the start of more testing methods being implemented in the future. I urge athletes to raise their collective voices and continue to give constructive feedback to make sure testing methods are optimised, researched and modernised for the ever-changing landscape of competitive sport.