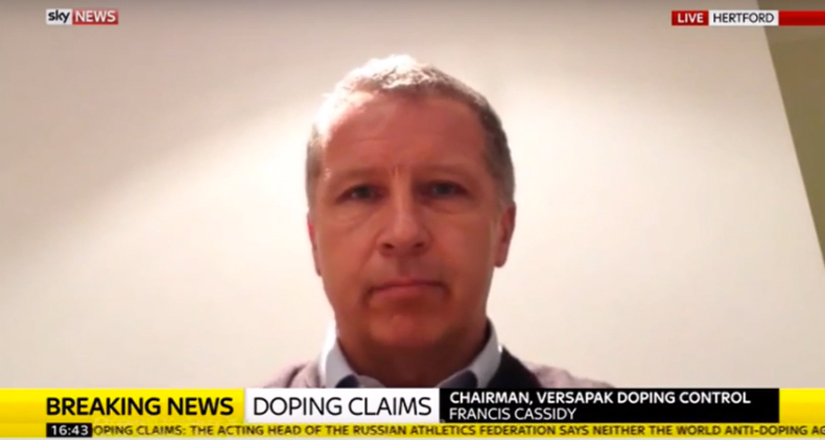 The Start of Change for Athletics?

With anti-doping still dominating the headlines, Versapak’s Chair of Doping Control, Francis Cassidy, gave insight into the latest developments of the WADA report to Sky News:

“It was compelling viewing… when we look at it from Versapak’s point of view, obviously we’re putting equipment out there that will help catch people who will use illegal substances. So for us it’s frustrating but there is a definite positive with this, it’s the beginning of change and I do think that there will be a lot of changes over the next six to twelve months.”

The chance for the sport to change and reform will be welcomed but has it come too soon for the 2016 Olympics? The recent FIFA corruption scandal highlighted the issues facing organizations off-the-field, however, doping in athletics is intrinsically linked to performance. Dick Pound, former head of World Anti-Doping Agency and author of WADA’s review, said:

“It’s worse than we thought, it has the effect of factually affecting the results on the field and play and athletes, both in Russia and abroad, are suffering as a result. It may be a residue of the old Soviet system … they must stop it and make a new start.”

The IAAF, who is awaiting Russia’s response, will have to take the lead to restore athletics’ credibility. Pound added: “Some of the things we found were nasty surprises to us and I think (IAAF president) Sebastian Coe is somebody who can grasp this and be transformational enough to bring some change to athletics. Sport is at risk if he doesn’t.”

A sentiment echoed by Cassidy: I do think Lord Coe is the right man at the right time to take this on, he’s always delivered whenever he’s been asked to do things, so from our point of view… it’s a positive thing.”

The IOC shared a similar view: “This is a deeply shocking report and very saddening for the world of sport. The IOC trusts that the new leadership of the IAAF with its President Sebastian Coe will draw all the necessary conclusions and will take all the necessary measures.

“In this context, the IOC welcomes the clear commitment expressed by IAAF to do ‘whatever it takes to protect the clean athletes and rebuild trust in our sport’.

“The IOC will also carefully study the report with regard to the Olympic Games. If any infringements on the anti-doping rules by athletes and or their entourage should be established, the IOC will react with its usual zero-tolerance policy.”