Doping in sport and the development of anti-doping policy 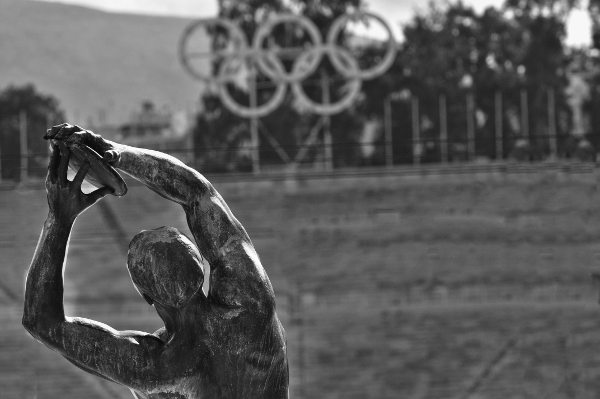 Every athlete has the right to an equal playing field, where he or she can compete fairly with fellow competitors with the same advantages, who win solely because they ran faster or jumped higher, because of their dedication and true spirit. In its first instance, ancient sport was practiced in its purest form, ruled by physical excellence, and was not tarnished by doping scandals.

Unfortunately, doping in sport today has become an international tragedy, disrupting the global sporting industry and posing serious dangers to the health of thousands of athletes everyday. The many high-profile doping episodes associated with major sports events, including the recent Russian state-sponsored doping program, provide a clear illustration of the gravity of the issue of doping in contemporary sport, and denying the sporting industry of its integrity.  But how did it all begin? We’ve taken a look at the advancement of doping in sport, and the evolution of the anti-doping policy.

The fight against doping in sport commenced in 1961 with the arrival of the International Olympic Committee (IOC) Medical Commission. Many believe this was instigated by the death of Danish cyclist Knud Jensen in the 1960 Rome summer Olympics, who was named the first athlete to die in Olympic competition due to doping.

Despite it being a fairly new concern, firm measures were taken during the 1970s and 1980s, which remain fundamental elements in today’s anti-doping strategy. For example, procedural rules were drawn up for doping controls, and a list of prohibited substances and methods were also established. Following the arrival of the prohibited list, the accreditation of doping control laboratories advanced, and athletes were rapidly subjected to in- and out-of-competition testing. The sporting community around the world also adapted anti-doping rules for therapeutic use exemption, and eventually blood sampling surfaced, which remains a cornerstone of anti-doping procedures today.

During the 90s, the anti-doping fight gained increasing support both inside and outside the sporting community, as cases of doping increased, stripping many of their medals and adding to the list of banned athletes.

In November 1999, the World Anti-Doping Agency (WADA) was established as an independent international anti-doping body to promote and coordinate the global fight against doping in sport. It was set up under the initiative of the IOC and consists of equal representatives from the Olympic Movement and public authorities.

Today, WADA continues the fight against doping and is cemented in the WADA Code that entered force in January 2004. The Code is the core document that harmonises anti-doping policies, rules and regulations within sporting organisations and among public authorities around the world.

The fight for clean sport really augmented from here on out, as governments internationally drafted an international convention under the auspices of UNESCO, the United Nations body responsible for education, science, and culture. It directed the official acceptance of WADA and the Code, forming the International Convention against Doping in Sport, which came into force in 2007.

If a nation refuses to abide by the International Convention against Doping in Sport, it will be subject to sanctions from the IOC and other sporting bodies, and may lose the right to host Olympic games.

To learn more about anti-doping, or to find out how your organisation can help in the fight for clean sport, visit: https://versapak-anti-doping.com or follow us on twitter @Versapak_Doping.